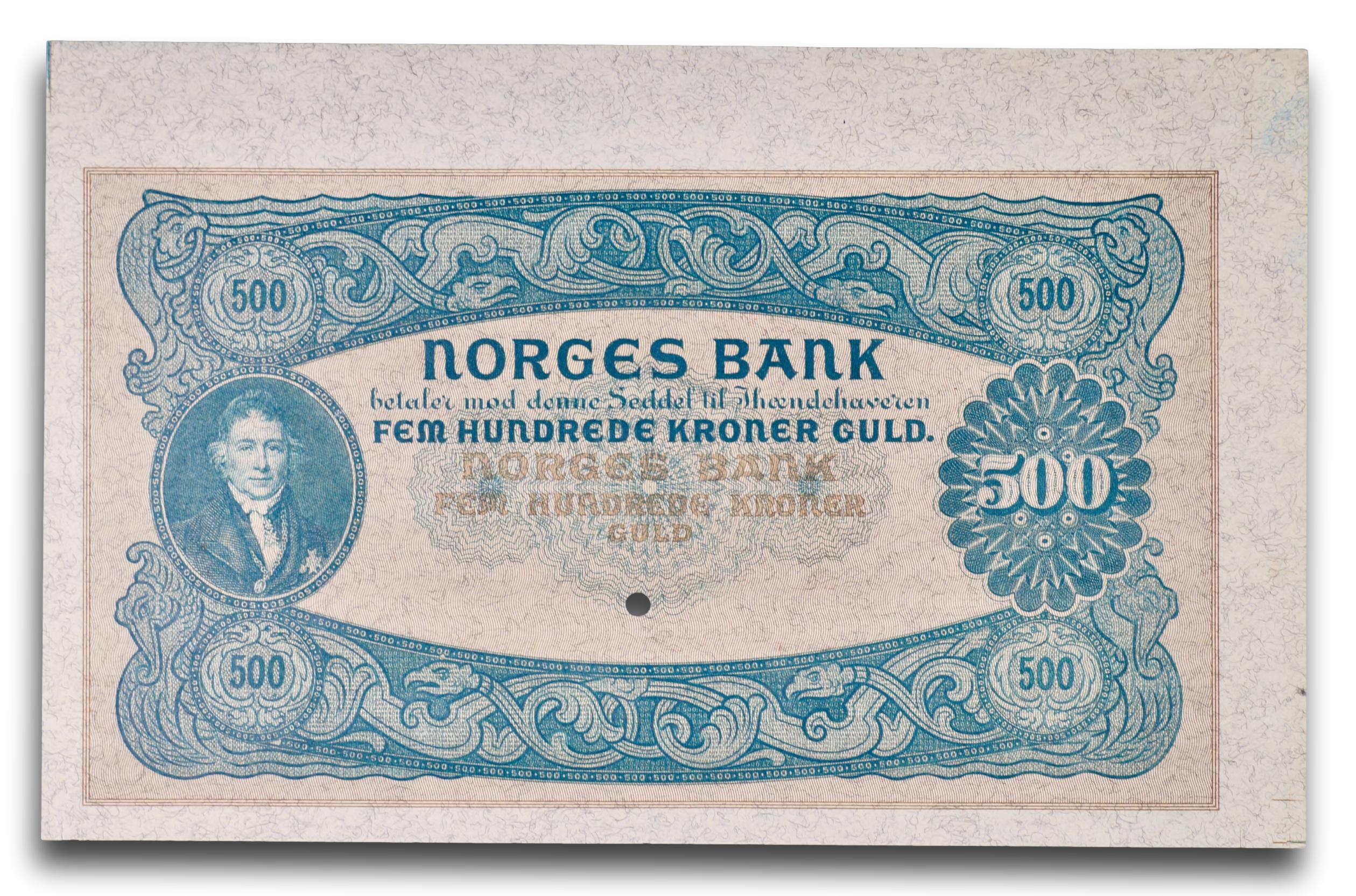 Denarius has recently acquired a very rare Norwegian proof 500 kroner banknote dated ca. 1900. As opposed to the grey-blue banknotes that circulated up to the end of Second World War, this proof banknote is green. The banknote also has a cancel hole in the middle. On the reverse, one can read «Printed sheet» in beautiful 19th Century handwriting. This proof banknote is in exceptional condition. It has two very smal pinholes on the edge – indicating that it may have been on display for Bradbury Wilkinson’s client. And it has two minor tears on the bottom, measuring 4 mm. The placement and their clean cut give us a feeling they were acquired during the printing process (maybe during the parting of the banknotes from the sheet?)

Collectors of Norwegian banknotes know that the second edition 500 kroner banknotes are the rarest denomination in that series. With all this information in mind, one can only speculate how rare this proof banknote is. This may be your once-in-a-lifetime opportunity to purchase one!

The plates for Norway’s second edition banknote series were engraved by Bradbury Wilkinson & Co, Ltd. in London. The designs were made by artist Oluf Wold-Torne and approved by a committee of 5 members: one representative from Bradbury Wilkinson & Co, Ltd., one representative from the Norwegian central bank, Architect Eilif Christie, Gerhard Munthe and Erik Werenskiold. Both Munthe and Werenskiold were artists. The banknote designer Wold-Torne based all his drawings on photographs of his motifs.

The winning design depicted Wilhelm Frimann Koren Christie, president of the Storting (parliament), on the front. President Christie was one of the few Norwegians who worked on and signed the Norwegian Constitution in 1814, and he was acting president for the Norwegian parliament in 1815 and partially in 1818. The banknote’s reverse bore a drawing of Akershus castle (Oslo) in the middle of the banknote. On the side of the castle was depicted a bust of a generic viking. 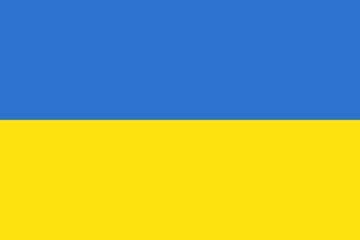 15% of all sales on Denarius.no goes to Children and Families in Ukraine! 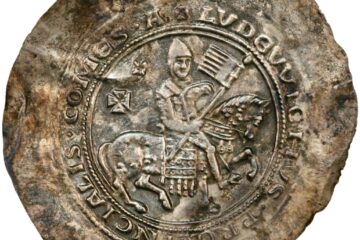 This website uses cookies to improve your experience while you navigate through the website. Out of these, the cookies that are categorized as necessary are stored on your browser as they are essential for the working of basic functionalities of the website. We also use third-party cookies that help us analyze and understand how you use this website. These cookies will be stored in your browser only with your consent. You also have the option to opt-out of these cookies. But opting out of some of these cookies may affect your browsing experience.
Necessary Always Enabled
Necessary cookies are absolutely essential for the website to function properly. This category only includes cookies that ensures basic functionalities and security features of the website. These cookies do not store any personal information.
Non-necessary
Any cookies that may not be particularly necessary for the website to function and is used specifically to collect user personal data via analytics, ads, other embedded contents are termed as non-necessary cookies. It is mandatory to procure user consent prior to running these cookies on your website.
SAVE & ACCEPT
Go to top
Close